Effective Criminal Defense (360) 249-2224 Free Consulation
I thought I was OK to drive. When facing DUI charges there may be options that can reduce or eliminate a conviction. Learn More
Practicing since 1991, we offer effective and aggressive legal assistance.
Contact Us

Are you looking for an experienced DUI attorney in Grays Harbor or Pacific County? If you, or a loved one, have been charged with DUI we may be able to help.

We are effective and aggressive and will work to help you get results that you need, from minor to major charges, at affordable rates.

If you have a legal question, concern, or would like to schedule a consultation simply fill out the form below.
If this is an urgent matter please call (360) 249-2224.

Driving under the influence of alcohol or controlled substance is a crime in Washington that can carry serious consequences, beginning with jail, loss of your driving privilege which can lead to loss of employment, costly fines, electronic home monitoring, court ordered alcohol and drug treatment and probation for five years. Representation from David Hatchcan ensure that your rights are respected and protected as we examine the evidence against you and hold the prosecutors to their burden of proof. Remember that you as the accused citizen are presumed innocent and we will work diligently and aggressive to keep it that way. Of course not all cases are meant for jury trial, and when cases are headed for settlement negotiations you want to have experienced trial lawyers advocating for the best possible outcome.

Attorney David Hatchis a 1988 graduate of Brigham Young University, earning a BA there. He later attended the University of Idaho College of Law, where he received his Juris Doctor in May of 1991. Mr. Hatch is certified to practice law in Washington and the United States District Court Western District of Washington.

As of August 2005, all states have DUI laws that deem "per se intoxicated" any driver with a blood-alcohol concentration (BAC) at or above .08 percent. This means that drivers with a BAC at or above .08 are intoxicated in the eyes of the law, and no additional proof of driving impairment is necessary.

All states carry "zero tolerance" laws that target drivers under the legal drinking age. These laws penalize persons under 21 for operating a vehicle with any trace of alcohol in their systems (a BAC above 0.0), or with negligible BAC levels such as .01 or .02 percent.

Many states impose harsher penalties on DUI offenders with a particularly high BAC at the time of the offense, typically .15 to .20 percent. DUI offenders with a BAC at or above their state's enhanced penalty standards will likely face additional jail time, harsher fines, and more severe driver's license sanctions.

"Implied consent" laws require vehicle drivers to submit to some form of chemical test, such as breath, blood, or urine testing, if suspected of DUI. If a driver refuses to submit to such testing, implied consent laws carry penalties such as mandatory suspension of a driver's license, usually for six months to a year.

Note: Persons arrested for DUI will be subject to additional criminal law penalties not addressed here -- including jail time, fines, and community service. Such criminal penalties are typically more discretionary than those identified in this chart, and are therefore more difficult to accurately predict. Generally speaking, first-time DUI offenders can expect to incur a fine, and face the possibility of jail time. Repeat DUI offenders will incur harsher fines, and will almost certainly be sentenced to a number of days in jail. Penalties will be harsher still if the DUI offender was involved in an accident in which someone else was injured or killed.

The Administrative License Suspension/Revocation penalties indicated here refer to minimum mandatory penalties imposed on drivers whose BAC is above the state limit for intoxication, or drivers who refuse to submit to BAC testing. Administrative suspension or revocation of a driver's license is usually carried out by a state agency (such as a Department of Motor Vehicles), distinct from any criminal court penalties. Most states impose harsher penalties for second or third DUI offenses, typically defined as those that occur within five years of a prior DUI offense.

Note:the penalties identified here do not include variations for DUI offenders operating commercial vehicles, or drivers who have violated "zero tolerance" and "enhanced penalty" DUI laws (see Table 1). Most states recognize different sanctions for these types of DUI offenses.

Alcohol education and treatment/assessment penalties for DUI offenders can include mandatory attendance at DUI prevention programs, and assessment of potential alcohol dependency problems. Such programs are often made "conditions" of a suspended sentence or probation, meaning that a DUI offender can avoid jail time and payment of hefty fines if he or she completes participation in the program.

Vehicle confiscation penalties allow a motor vehicle department or law enforcement agency to seize a DUI offender's vehicle, either permanently or for a set period of time. Such penalties typically apply only to repeat DUI offenders, and often the return of the vehicle requires payment of fines and significant administrative costs.

A vehicle ignition interlock breath-testing device measures a vehicle operator's BAC, and will prevent operation of the vehicle if more than a minimal amount of alcohol is detected (i.e. BAC level of .02). DUI offenders will usually be required to pay the costs of installation, rental, and maintenance of an ignition interlock device.

Do You Need a DUI Lawyer?

Every state has some sort of "drunk driving" statute. The term "drunk driving" is in quotes because none of these laws require that you be "drunk" or "intoxicated" to be guilty. All that is required is that your ability to operate a vehicle has been impaired to any extent at all or that your Blood alcohol level exceeds the state limit (which is now .08% in all states). Some states call it DWI (Driving While Intoxicated), but it refers to the same offense. The consequences of DUI differ drastically from state to state and are influenced by your age, blood alcohol limit (BAC), whether you have been arrested for DUI in the past, and whether you caused injury or death during the DUI.

A DUI Lawyer can help...

An experienced DUI Defense lawyer can help you understand what you are up against and the fines you may be required to pay. A DUI lawyer mostly deals with DUI matters and knows the process inside and out – including options that a public defender may not tell you.

The consequences of a DUI vary greatly from state to state and a DUI lawyer will be able to explain how those consequences in your state apply to you such as (1) harsher punishments for those arrested with BAC limits over .08, (2) special laws for underage drivers arrested for DUI, (3) possible community service or plea bargaining, (4) overlapping jurisdiction of Courts and your state's motor vehicle licensing department to suspend or revoke your license, and (5) contingent license programs that allow you to use your vehicle to get to and from work.

Dealing with the motor vehicle department can be frustrating and time consuming. A DUI Lawyer can manage the process for you by completing the required forms; making phone calls; scheduling and/or representing you at a Motor Vehicle Department suspension hearing, and making other necessary arrangements.

Represent you in court

An experienced DUI Lawyer knows the ins and outs of the courtroom and may be able to obtain a lesser sentence for you if your situation and state law allows for it.

Don't know if a DUI Lawyer is right for you? Here are some general guidelines:

Definitely hire a DUI Lawyer if you already have several DUI's and receive another; or if your DUI arrest was the result of an accident or if anyone was injured; or if you are a professional driver whose livelihood depends on keeping your license.

Seriously consider hiring a DUI Lawyer if you've been arrested for a second DUI (in the same or another state) or were arrested with a BAC limit over double the legal limit as harsher penalties may apply.

You might want to hire a DUI Lawyer if you don't understand your rights or DUI laws, what you need to do, or the consequences you face. You also might want legal representation if you are in a profession (or plan to be) that requires bonding or in which any criminal conviction might prevent you from getting or keeping a professional license. If you don't know the requirements, then you need expert advice before handling the case yourself.

When you hire an attorney you want someone who communicates with you clearly throughout the entire process. You need to know what’s happening and what you can expect. David Hatch is that attorney. He took legalese and turned it into English for me. I have never been in trouble with the law before, and after receiving my DUI, I needed a little kindness. He gave me that and more. He listened attentively to me. He made sure I understood everything and walked me through every step with his gentle nature. From the very start I realized that I had hired an attorney who is competent and very well versed in the law. Plus, he is someone who is highly respected within the legal community. What could have been a nightmare for me; David Hatch turned into an experience I will never forget. It woke me up to what’s truly important in life. Trust, integrity and hope are what he gave to me. The end result was something far better than I could have hoped for. Thank you, David, for not only what you did for me professionally, but also for who you are! 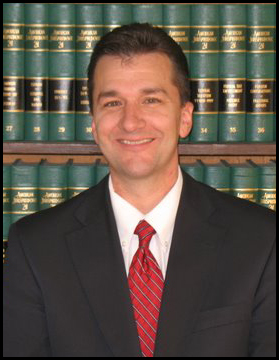 Attorney David Hatch is an aggressive and successful criminal defensetrial lawyer with extensive experience with DUI cases as well as all serious felony and misdemeanor charges.

TYPE OF CASES MY FIRM HANDLES

We handle many types of criminal cases including Drinking and Driving (DUI), Negligent Driving, and Traffic Offenses. We are a full service criminal defense law firm handling all cases from Murder First Degree down to speeding infractions.

YOU SHOULD HIRE ME IF:

You want an experienced trial attorney who will personally handle your file. I will not hesitate to go to trial on your case; that decision, however, will ultimately be yours.

IF YOU WANT TO TELL MY LAW FIRM ABOUT YOUR SITUATION YOU SHOULD:

I will personally communicate with you. If I am in Court when you call, you can leave a message with my receptionist. I personally guarantee you will hear back from me in 24-hours or less. My office phone is (360) 249-2224

MY CLIENTS WILL TELL YOU THAT:

My level of experience, knowledge of the law, and personal familiarity with the judges, prosecutors, and system is a great advantage. In addition, my personal and regular contact with clients, availability and involvement with every aspect of the case allows me to obtain the most favorable results.

MY PHILOSOPHY ON HOW I APPROACH EACH CASES IS:

Depending on the type of case I like to find out as much as I can about the facts of the case and talk to anyone who can help our defense. At that time we can discuss our options. The stronger our defense appears to the prosecutor, the better our chances are of getting a favorable result.

IF YOU WANT TO LEARN MORE ABOUT MY FIRM YOU SHOULD: